The nationally acclaimed NCT Mainstage Cast takes the stage every Friday and Saturday night at 7:30 & 9:45 p.m.

Based completely on audience suggestions, our professional cast creates an entire 100 minute improv comedy show on the spot. There’s no script, the cast has no idea which way the show is going to go, and each performance is a unique experience.

Since 1999, the show has been performed over 6000 times and is the longest running show in the history of San Diego.

In addition to our weekly improv comedy performances, the cast has toured extensively across the U.S. as well as toured with Armed Forces Entertainment, performing in places such as Iraq, Germany, Egypt, Turkey, Greece, Spain, Djibouti, Holland, Bahrain, Italy, Dubai and more. 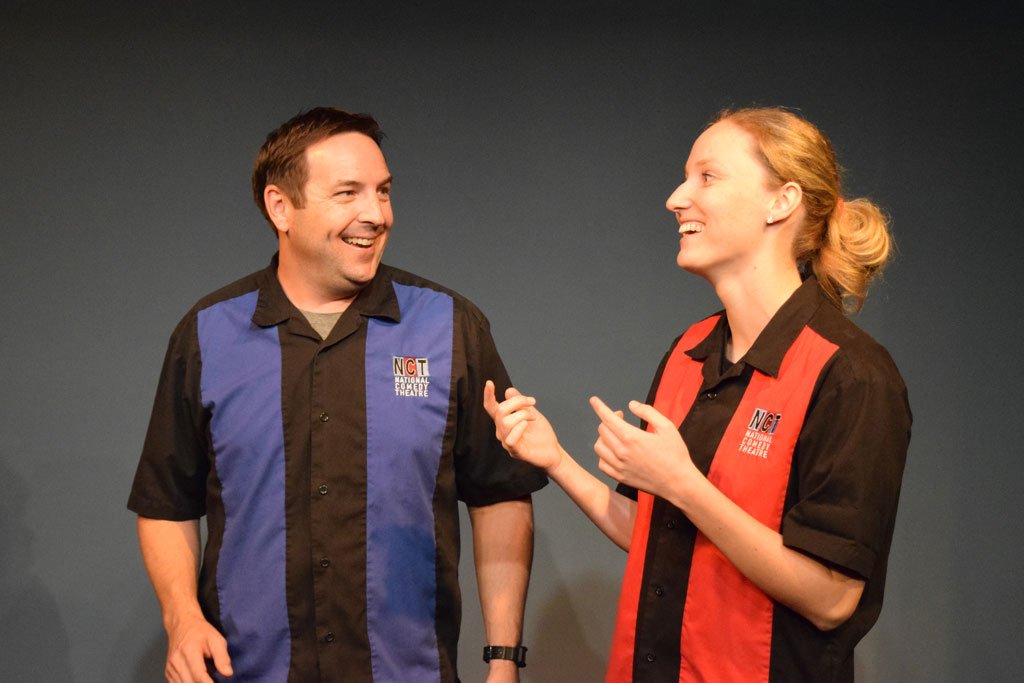